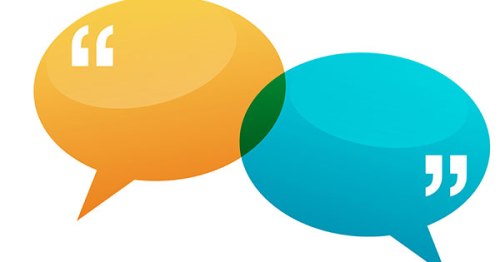 Last week, we reported on the lack of housing supply and how that was impacting the real estate market. Today, we want to let you know what other industry experts are saying.

“It’s kind of a seesaw right now between supply and demand. One of the reasons for fewer sales is not so much a lack of demand but a lack of supply, especially in the price range the majority of buyers were looking for.”

“Total sales are still running below expectations for the year. Don’t blame winter weather, though. Blame the lack of supply.”

“Inventory is still very low (down 0.5% year-over-year in February). This will be important to watch over the next month at the start of the spring buying season.”

Lawrence Yun, Chief Economist at the National Association of Realtors:

“Insufficient supply appears to be hampering prospective buyers in several areas of the country and is hiking prices to near unsuitable levels. Stronger price growth is a boon for homeowners looking to build additional equity.”

And some experts are actually calling it a “seller’s market”

“Tight inventory is a main reason the ball is still in the sellers’ court.”

“We’re a bit low on the supply-side which could force prices up for buyers, further hammering home that we’re in a seller’s market.”

If you are debating putting your home on the market this year, now may be the time. The number of buyers ready and willing to make a purchase is at the highest level in years. Contact a local professional in your area to get the process started.

This just might just be the most beautiful zero-emission home we have ever laid eyes on. Snøhetta, a design firm in Norway, has created the ZEB Multi-Comfort House in Ringdalskogen, Larvik, Norway. The house not only runs solely on solar energy, but collects enough extra solar energy to power an electric car for one year.

ZEB took 10 months to build and, according to Kristian Edwards, the lead architect of the project, a very intricate process was employed to ensure that the solar energy would be used at the highest efficiency.

The result? A home with striking features like a tilted roof that is slanted at a 19-degree angle to accommodate the photovoltaic panels (the ones that provide electricity) and the solar thermal panels (the ones that provide heat and hot water). Edwards told The Huffington Post that the roof also provides a dramatic flair to the inside of the home. “It is perhaps the most striking element of the upper floor,” he says. “Relatively small bedrooms gain great volume, hugely beneficial to sleep comfort, light transmission and of course, a certain drama.”

In the atrium, Edwards used recovered brickwork from a barn that was being demolished. “The recovered brick serves a thermal mass which passively contributes to balance temperature spikes,” says Edwards.

There are currently no tenants in the home. However, Edwards says that there are plans in the works to have families occupy the space “in order to realistically test the building and system performance.” Feedback from visitors has been “generally extremely positive,” he adds.

Despite it’s forward-thinking approach, Edwards says the goal of ZEB was to create a place that is welcoming and comfortable, with energy-saving features that virtually disappear into the background. “Our goal was to ensure that the house, whilst advanced, is predominantly welcoming,” says Edwards. “The outdoor covered atrium with a fireplace gives a welcome extension of the outdoor season that is fundamental to the Norwegian culture. This shows that the steps toward zero carbon housing need not represent a quantum leap in lifestyle, and therefore, makes it simpler and quicker to make the switch.”